After the IMF Arrival The Greek Left in Crisis

After the IMF Arrival The Greek Left in Crisis

The largest demos since the fall of the military junta in the 1970’s have led to measures being passed despite the size and militancy of the people in protest. How did this occur and what implications does this have on the future course of developments?

First we had the Greek bank bailouts to the tune of E28billion then we had the Greek bailout to the tune of E100billion then we had the Euro bailout. Most recent studies speak about a collapse of Greek GDP to the tune of 9%. (1) Construction according to Eurostat has dropped 30% in 2009 and going on towards 50% for this year according to the Greek media leading to an exodus of many immigrant building workers to neighbouring Balkan countries and the press reports about 200,000 apartments unable to be sold. Retail outlets are closing daily and rents have been generally reduced between 10-20% due to lack of business and many parts of Athens now look like a war zone with many boarded up shops which once they go unrented remain thus. Hotel bookings are down by 12% so far and when this accounts for 20% of GDP this will affect the economy even more and unemployment has now officially hit around 11%

So the questions that now exist are will Greece fare better within the EU or outside of it? Two recent studies debate this, but the fact that the anomalies of the EU are hidden from most studies is illuminating. Greece pays annually E10 billion in arms purchases of which 50% go to two countries, France and Germany. It also contributes annually E4billion to the EU. Alongside that it has made annual investments to neighbouring Balkan countries since the fall of ‘communism’ to the tune of E1-2billion annually. Its agricultural products are now re-sold back via French and German owned supermarkets at higher prices in Euros than in Paris or Berlin. Its interest payback for Greek bonds has increased to 8% annually up from 4%, whilst VAT has gone up to 23%. With low average wages these massive hikes in the cost of living will affect workers standard of living as inflation is currently at around 6% and wage freezes have been announced for 3 years. Coupled with the pension cuts, to avoid a depression will be an economic miracle worthy of a Houdini.

The arrival though of the IMF has occurred for a purpose. Putting Dracula in charge of a bloodbank one cannot expect him not to drink it. Already we have hospital cuts, closures, chaos as government contracts with suppliers enter a totally new phase of non-payment and already reports have appeared of ambulances having no petrol, hospitals having no bandages or gauzes and operations being postponed indefinitely. Behind the new deal to be agreed in hospital contracts will of course be the hidden hand of global pharmaceutical companies who are after Greece’s small but important for its people, hospital sector. More privatisation and sub-contracting will be the outcome.

6 General Strikes each one becoming smaller in size than the previous one, nearly every six weeks has been the sustained action against the IMF-EU imposed austerity measures.

Having controlled the union federations of more than 50 unions and having taken a decision to not participate in the Greek TUC more than 5 years ago (as it is a sold-out leadership according to the KKE) they call their own general strikes at the same time as the Greek TUC, but at different locations in Athens. The purpose: to avoid workers unity in action, ie on the streets.

The large demo on May 5th where members of the KKE union federation PAME attempted to storm Parliament, led to a breakdown in control. The numbers on the demo were impressive, the measures hadn’t really passed by then and the KKE leadership assumed that the crisis wasn’t necessarily going to be as severe as was being reported, but working people were expecting the worse so they turned out in numbers. They joined the KKE demos en masse in a series of demonstrations, 5th May and on 15th May. But after that the KKE deliberately attempted to march away from Parliament and go towards the Akropolis and the backstreets of Athens. Why would they do this? They have historical form. Whenever movements swelled which they could not control, by sailors in the 1970’s against the re-structuring of shipping crews by ship owners, building workers in the 1980’s and farmers throughout the 1990’s due to reductions in CAP and agricultural imports, they sold out the people concerned.

Whenever they do their best to demobilise resistance by ensuring it is divided into separate demos, separate days, even separate hours on the same day, the govt of the day starts a massive attack on the KKE alleging it is about to …launch the revolution. This provides it time to pretend to its members internally that they are on the right political path and that everything is ok. But the problem remains. The measures announced by the IMF-EU dictat speak for themselves. 3 year pay freezes, 50% cut in redundancy payments, across the board cuts in pensions ranging from anything from 10 to 30%, increase in VAT to 23% etc. and these measures aint going away, however much the KKE adopts the ostrich approach pretending that they are provisional and a new upturn is round the corner, which will stabilise the situation in favour of the working class.

Having become synonymous with the youth protests a couple of years earlier regarding the cop killing of a teenager, Synaspismos (Coalition of the Left) recruited around 13 far left groupings ranging from Maoists to Trotskyists it assumed that the only way was up when it had identical policies to the KKE but just of a different order. Instead of marching with the KKE it marches in the demos held by the Greek TUC and ADEDY (public sector unions) closely followed by the grouping around ANTARSYA. As a consequence of the repeated strikes and sensing some splits were likely to occur in PASOK (as some MP’s voted against the government and were booted out) a faction around Kouvelis (and historic old timer ex-leader Kyrkos) split taking 5 Parliamentary deputies with him forming the Democratic Left. Their positions are to support solutions to the IMF-EU imposed cuts within the confines of the EU and to not seek to demand departure from it or to even raise the possibility of abandoning the Euro which is gaining ground amongst many people.

With the backdrop of strikes by sacked Olympic Airways employees who surrounded the Ministry of Economics after the selloff to a bank (Marfin whose CEO is Vgenopoulos, the bank that led to the death of 3 workers) and strikes for a couple of days previously of Metro workers (due to unwarranted sackings of staff), the KKE gathered in Sintagma to march to Thiseo (area around the Akropolis) and GSEE gathered in-front of its building to march to Sintagma.

On this day the KKE had the largest banner ever seen on a demo which hang from the lights in central Athens, so large in fact they had trucks which specialise in lifting furniture into high rise buildings into congested areas and what they lacked in terms of militancy they achieved in terms of clinical efficiency. They set up shop, gave the same old speeches about victory being around the corner and they disappeared in record time, less than an hour just in case workers met at Sintagma from the other demo on the other side of central Athens. Having started their speeches by 11am they had left the square by 12pm no doubt having spotters at the Greek TUC demo just in case unity was achieved at this late hour. Let’s not forget that the week before the KKE held a mini- general strike all on its own and only 5 odd thousand turned up, when on the 15th May it must have had over 100k. The main slogan of the KKE ‘People Don’t Kneel Over, the Only Path is Resistance and Struggle’ sounds militant but it is more about themselves as a leadership, than people in struggle.

The union leaders who were addressing the sacked Olympic workers who hadn’t received their redundancy payments and were refusing to disperse around the Ministry of Economics just off Syntagma square were told in not too many words by a screaming union official that he is going out of his way trying to get their agreed settlement and that if they don’t like it he will go home as he doesn’t need this type of stress of people calling him names. The same groups of fired workers in previous general strike had thrown rotten eggs at the union leaders calling them ‘scumbag union sellouts’. Union leaders have to work overtime in this period and they aren’t happy as they have nothing to offer the workers below, not even crumbs. Hence their divisive, splitting, sectarian, disorganising tactics now come to the fore in broad sunlight literally.

Why have two separate demos for over a three month period? What is the purpose of it? The old slogan of ‘workers united will never be defeated’ no longer allegedly applies. Despite the remaining demo arriving in Syntagma sq from the Greek TUC building the leaders of the demonstration wanted it dispersed as quickly as possible but a few thousand remained outside Parliament chanting slogans and booing at the MP’s who appeared at its windows intermittingly. At the front of the steps of Parliament were a group of workers from the Greek shipyards sold off to Thyssen-Krupps one of the main backers of Hitlers Third Reich. They were stating they hadn’t been paid for months for work carried out there. This has not been forgotten even for the servile media which started to speak about a 4th Reich…

A small section tried once more to storm the steps but the police fired tear gas and repelled. At another section of the demo a Greek protestor was spotted with a Greek flag and was allegedly accused of being a ‘fascist’ (same policy the KKE used previously) and was chased by gangs of youth. The police saw the disturbance and tried to intervene in the middle of the crowd provoking a counter-disturbance and a new round of tear gas was fired creating mini-mayhem.

Argentinian style social explosion against the IMF will be the outcome


Having been placed under the direct rule of a Triumvirate EU-IMF-Central Bank the infamous Troika as it is called in Greece the role of the national politicians becomes more limited as they months go by.Despite organising another general strike 10 days later which took the exact same format as before just the starting and finishing locations being different and with a lot less people, it is becoming clear to most people that this style of struggle has reached an impasse. The impasse is political instead of doing with demoralisation. The organised forces of the left have done everything in their power to demoralise the resistance without proposing anything other than 24hour token strikes, which are monotonous in both speeches and the organised sloganeering.

Both sections of the opposition (KKE-Synaspismos) have made big hue and cry over workers who wanted to go further labelling them ‘fascists’, ‘provocateurs’ etc and not limit themselves to the confines of the traditional form of protest as they understood the government was hanging the sword of Damocles over its MP’s and threatening them with new elections and de-selection if they didn’t vote the measures through. A weekly newspaper associated with PASOK Paron.gr has predicted a very hot autumn despite the 159votes of the governments MP’s for the IMF austerity package. They note indeed that these MP’s have disappeared from public life as a day doesn’t pass without one of them being confronted in public by people who are incensed by the cuts being pushed through and the general depressive economic climate. 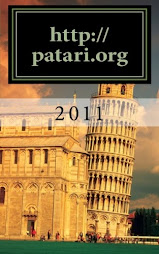 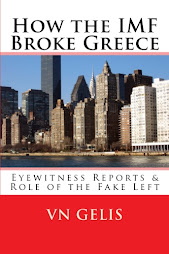